What Is Yo-Yo Dieting And Why It Never Works

Yo-yo dieting, also known as weight cycling in nutrition circles, is the repeated cycle of losing weight, and regaining it. In some instances, you may gain even more weight than you lost in the first place.

According to WebMD, the losses involved can be great (more than 50 pounds) or small (5 to 10 pounds). Whatever their weight, dieters can get caught in the up and down cycle of losing weight, then putting it all back on again. The very name – yo-yo – implies failure. To subvert an idiom, what goes down must go up again.

Obesity expert Rob van Dam of the Harvard Medical School told WebMD that diets fail because people think they can go back to your old lifestyle after they’ve lost the weight. And that’s where they fall into the yo-yo dieting trap.

According to a 2006 study, it’s not just overweight or obese people who get caught up in the yo-yo syndrome. “Weight cycling affects people of normal weight, unhappy with their appearance.” (J-P Montani, Weight Cycling during growth and beyond as a risk factor for later cardiovascular disease, International Journal of Obesity, 2006).

The study states: “It has been shown that 7% of men and 10% of women can be classified as severe weight cyclers (intentionally lost 5kg and regained it at least three various times)”. It also suggests that weight cycling is starting younger – even among normal-weight children – as teens are increasingly exposed to media and social pressure to conform to a slimmer ideal.

Whether yo-yo dieting can over the long-term harm your health is not one hundred percent clear. Some research has linked it to a decrease in “good” HDL cholesterol, which may be a major risk factor in heart disease. WebMD quotes a 2016 study that suggest normal-weight women who experienced yo-yo dieting are at an increased risk of cardiac death and coronary heart disease.

Another 2004 study suggests yo-yo dieting could lead to increased susceptibility to infections. However, dietitians and nutrition experts argue that there is not enough compelling evidence to counter the potential health benefits of moderate weight loss among obese patients (Richard Atkinson, et al. “Weight Cycling: National task force on prevention and treatment of obesity”, Journal of the American Medical Association, 1994).

This view has not changed significantly since 1994. One nutritionist told WebMD that people who needed to lose weight shouldn’t avoid doing so because of research suggesting that yo-yo dieting may be potentially harmful, or, in fact, that all diets are doomed to fail.

The view that people who follow a diet will inevitably put the weight back on is gaining traction.
Maryann Tomovich Jacobsen writes on WebMD (“5 dieting rules to break 13 February 2013), that over the long term, dieting is likely to result in weight gain.
According to Montani’s 2006 paper in the International Journal of Obesity, not all diets are doomed to fail. However, the sustainability over the long term is a problem, especially when large amounts of weight are lost or an individual is overweight (BMI between 25 and 30) or obese (a BMI >30).

C Noel Bairey-Merz, one of the authors of the 2016 cholesterol study, told WebMD that the obsession with “dieting” is perpetuating the yo-yo phenomenon. “There is no effective long-term weight-loss dieting,” she told WebMD, going on to say the focus should rather be on physical activity.
The authors of a 2008 study into yo-yo dieting emphasize that it takes more than a change in your diet to keep the weight off. Physical activity and eating behavior also should be taken into consideration. 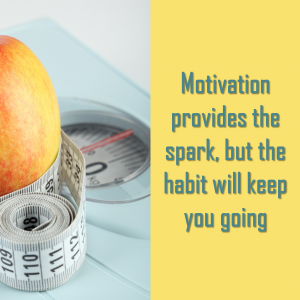 Dietitians say you can avoid the trap, by changing your lifestyle.

That includes:
• Moderating your food intake
• Getting off the couch and increasing your physical activity
• Managing stressful situations without resorting to comfort eating
• Getting help for diseases or conditions like depression that might get in your way.

There is no getting away from it. As the Mayo Clinic says, you must aim for slow and steady weight loss, combined with increased physical activity, in a way that you can sustain it for life.